BMX freestyle was having a hard time at the end of the 1980s. The AFA was waning and factory-sponsored contest-culture was dying out. Like skateboarding at the time, the sport had a huge pop-culture influence and subsequent cash influx by bandwagon-esque companies. But just when you thought it was going to stick, there was an equally huge decline and mass exodus of funds once the market determined the "fad" was over. What was left was a grand mal seizure-like shaking out, and an underground that rose from its ashes.

This transition was documented well in zines like Whiplash.

Notes: No notes. It's a great zine.
Posted by Ryan at November 23, 2018
Email ThisBlogThis!Share to TwitterShare to FacebookShare to Pinterest
Labels: Darren Kraft, Lou Wolgast, Whiplash

All of these zines were scanned with no adjustments or enhancements. If something looks shitty, or super-contrasty, or faded out, that's how it was. Copying machines were fickle beasts, and sometimes you were at their mercy. If there was a series of pages inadvertently printed upside down and that's how the zine was received, I probably flipped them over so you can read them here. Any alterations like that will be noted in... the notes. Click on cover images for the full PDF file that will take forever to load. Your phone is not the ideal place to be viewing this. Enjoy. 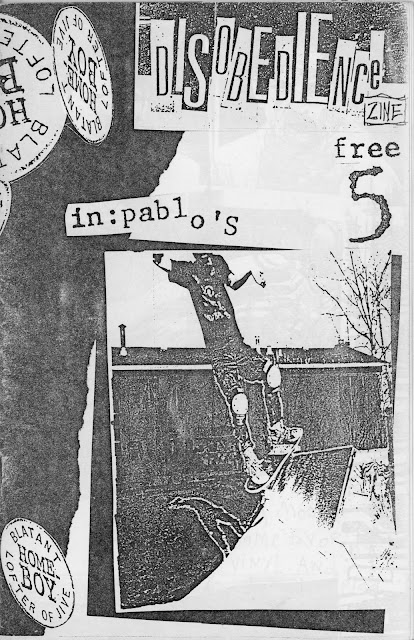